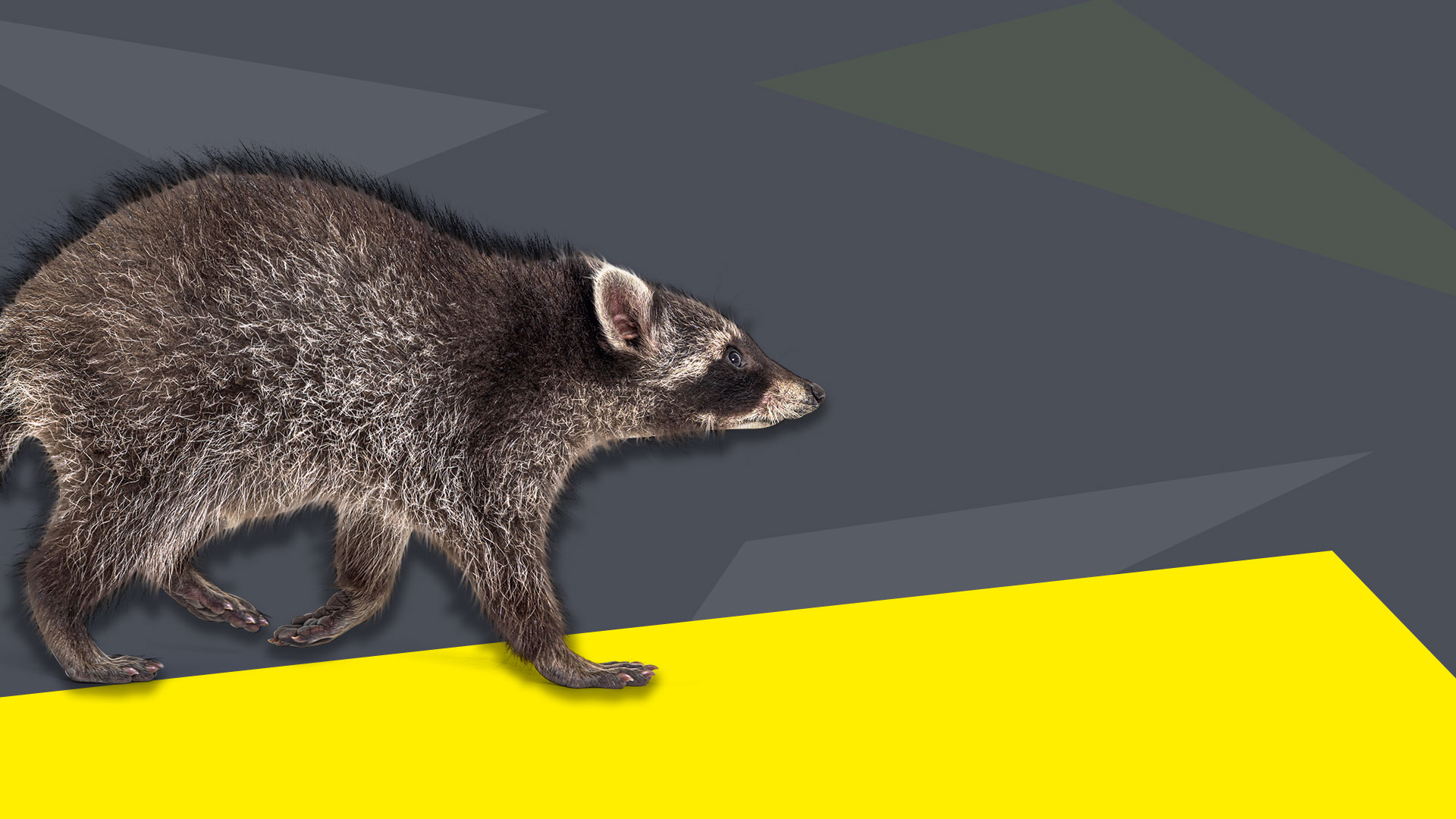 We’ll admit it—raccoons can be kind of cute. With their tiny hands, masked faces, and striped tails, it’s almost easy to look past the damage they can do…almost.

Raccoons are a nuisance pest through and through: disruptive, destructive, and dangerous.

Like the classic bandits they resemble, raccoons aren’t very respectful of boundaries. When they see an entrance to a safe place or spy an unattended snack, they’ll go for it—whether that’s among your trash bins, by your garden, or inside of your home or business.

These cute-yet-clever foes are persistent—but at Pest-End, we’ve had over 40 years to nail down our strategy against them. Our licensed wildlife specialists won’t quit until the raccoons are off your property and out of your hair for good.

What Makes Raccoons So Crafty

Raccoons are just as recognizable for their dexterous little hands as they are for their adorable masked faces. Their front paws resemble human hands with five long tapered fingers and long nails that can effectively grab and scratch as needed—all the better to invade and damage your home or business with!

Raccoon hands are also incredibly sensitive. They actually rely on their sense of touch to get a handle on their surroundings—a superpower that’s especially helpful for nighttime mischief.

Their Mask-Like Markings Serve A Purpose

Aside from making these little thieves some of the most recognizable (and cute) pests in the world, the black fur around a raccoon’s eyes also gives them an edge in their hunt for food and shelter. These black masks function just like the black markings athletes don during games: they improve vision by reducing glare from the sun and other sources of light. Even at night, these black rings help reduce the appearance of any peripheral light, giving raccoons an enhanced ability to focus in the dark.

While other wildlife populations have faltered in the face of human expansion and development, the raccoon population has done the opposite. These adaptable critters thrive wherever humans can be found—in cities and suburbs alike. They’re even known to den in homes from time to time. Uncapped chimneys and attic spaces are the most common areas raccoons will use for shelter—and even to raise their cubs!

Raccoons are not picky eaters either, known to feast on anything from insects and fruits to whatever’s readily available in your trash cans. Pet food, household garbage, and vegetable gardens left unprotected are all fair game to a raccoon.

In other words, there’s no current shortage of raccoons—and likely won’t be anytime soon.

For Your Safety, Leave Raccoon Removal To The Experts

There are easy ways to deter raccoons from staying on your property or making a meal out of your garbage—but when one weasels their way in, contact the professionals. Raccoons are often carriers of rabies and parasites (including roundworm and canine distemper), so it’s crucial to keep them at a safe distance.

Our licensed wildlife specialists have been facing off against raccoons for over 40 years—we’ll safely give them the boot so you don’t have to.

How We Get Rid Of Raccoons

Take Back Your Neighborhood From Rampant Raccoons

Raccoons aren’t shy when it comes to helping themselves to a stolen meal or shelter inside your home. In case they don’t give up their new digs easily, we’re always just a call away if raccoons return. Our service warranty guarantees that we see your pests out for good—or we’ll return, free of charge, to get the job done.